I have taken Parenting classes in the past. Back when I was a working Mommy. I used to work at a local hospital's Family Resource Center that revolved around the welfare of children and families.  So, a Parenting class was not a new concept for me. I can also brag about having 5 years of Parenting experience. However, even with 5 years of being a Mommy to two totally opposite children, I still find myself struggling to make my imperfect Parenting skills perfect. The Nobody's Perfect class series offered by the

Read more »
Posted by Hajira Rahim-Hussain at 11:39 PM No comments:

Ayaan has started putting words and sentences together that actually make sense. Sometimes they are just phrases that he learns from the TV such as "yes we can" from Bob the Builder or "I'll fix it" from Handy Manny. He even copies his big sister a lot. If Aaliyah says "Mom Ayaan is bothering me" Ayaan has to mimic her by saying "Mom Aaliyah Aapi is bodering me." If Aaliyah says "Mom let's read a book" he brings his own favorite book and says the same thing. When this happens, I just take turns with them. Its good that he has a big sister to compete and copy. It helps to improve his vocabulary. There were times when I used to worry about

Read more »
Posted by Hajira Rahim-Hussain at 12:22 PM No comments: 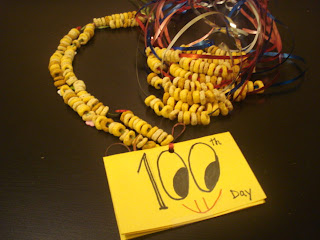 Aaliyah, my kindergartner, came home today and announced that her class will be celebrating it's 100th day of school tomorrow. I already knew about it from the monthly calendar that her teacher so diligently sends every month. The bulletin boards outside of every Kindergarten class also have art displays with the 100th day of school theme. Its a big thing at her school. I asked her with a blank face, what it meant. Why was it so special. She immediately replied that it

Read more »
Posted by Hajira Rahim-Hussain at 9:39 PM No comments:

On Tuesday February 14th, when the whole world was celebrating Valentine's day, we were having dinner at my favorite Afghani restaurant-Afghan Chopan. Sadiq Uncle and family invited us and 4 other families for dinner. The main guests of honor were Choti phuppu, Phuppa and Alim. They were visiting us from California. Having dinner with them made the
Read more »
Posted by Hajira Rahim-Hussain at 5:11 PM No comments:

Mommy a Kid? No Way!

Came across this picture from my Kindergarten year.

Posted by Hajira Rahim-Hussain at 2:20 PM No comments: